A Ph.D worth of thanks: the public school teacher edition 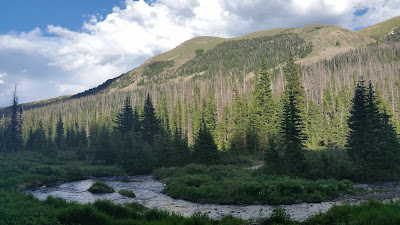 As I wrote my way through various dissertation thank-you groups (friends, family, mentors, collaborators, etc.) last fall. I realized that to give the full credit due, I'd need to take a chronological approach and start my thanks with high school and middle school teachers. First, these women and men have really hard jobs - to teach every student who walks in their door - regardless of income, intellect, background, race, religion, creed, etc. These are the foot soldiers in the war on ignorance, tasked with teaching any and all young, impressionable humans who walk through their door. Secondly, these teachers had a really hard task - to keep a hyped up, little version of me from getting into trouble long enough to learn something and allow those around me to also learn something. In the war on ignorance, I was probably helping them to earn their combat pay. Except it's public education, and there is no real fiscal carrot for all the content they teach, regardless of the difficulty level of the audience.

I'm extremely proud to have been publicly educated my entire life and I'm proud to have parents whose careers have been devoted to public education. You could say that in the Hough-Snee clan, we're believers in the original social contract behind U.S. public education and research. I'm particularly thankful to several public school teachers who helped me, and many others, out during our formative years*.

Pete Dawson taught geography and made us draw the world map every day at the beginning of class. In hindsight, that was a brilliant exercise. He also used current events to link blue-collar kids to the larger world around them, no matter how far away it seemed at times.

Mike Sears was an English teacher I had in seventh grade, and also my middle school wrestling coach. He taught the fundamentals amid a pretty dry reading curriculum (exception: Call of the Wild), and his wrestler-hard-ass nature made him a great disciplinarian for teenage twin boys with ADD, which I once was. 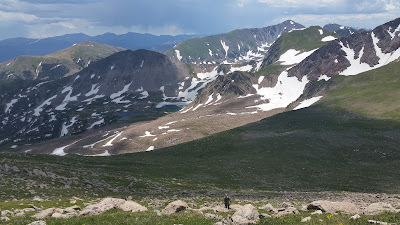 Jim Lefler was also an English teacher who had the unfortunate task of teaching my twin brother and I not only for a 9th-grade honors English class, but also during a homeroom/study module. How he managed to keep his good humor, empathy, and sincere concern for the people around him after the Hough-Snee train ran through his classroom multiple times a day, I have no idea. Congrats on your recent retirement, Jim. You were an enthusiastic teacher to all, and remain a friend to anyone who is fortunate enough to have crossed paths with you over the years. I ran my first half marathon at age 14 under your encouragement, and 14 years later picked up running again for the same reasons you did: exploring the world, meeting people, and learning about oneself.

Mr. Mcgovern was a 9th-grade general science teacher. He was impatient, witty, and knew the basics very well from a long career of teaching general science (a mix of physics, chemistry, and biology...I think?). He made science fun, emphasizing critical thinking and the writing and communication it took to effectively express those thoughts. 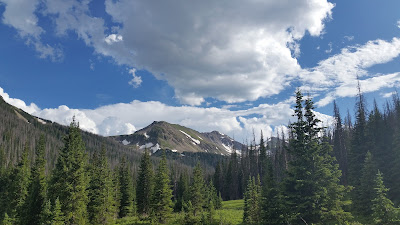 Rich Woodman and Lori Cohen - Rich was the women's volleyball coach at Mentor High School, in Mento, Ohio and also my 10th grade honors biology teacher. I think I got a C. It wasn't an A, but it wasn't a D, and I wasn't stoked on it, regardless. Lori was a biology teacher whom I never took biology from. She had the reputation of being a tough teacher and demanding lots of content mastery from high school kids (mitosis - you'd better learn it!). Somehow, the school allowed the two of them to team up and teach an independent study project course where students pursued scientific inquiry and presented their work at a regional science fair for their final project.

I signed up for their class when I was 15 because it was independent, met during lunch (so I could get out of school earlier in the day, if I recall correctly), and I got to do almost whatever I wanted. I pitched a project that, unbeknownst to me at the time, was "social science." I created a survey to get demographic data on students and then tried to link students' family income, parent hours worked, and parents' education levels to their academic performance. I recall the analyses being crude - I calculated ANOVA sums of squares by hand and then eventually using Minitab. In short, the hypothesis was that if your parents worked their asses off and were never around, especially for very little money, you might not have stellar academic achievement. I have no idea where the poster, data, or ribbons that resulted are, but I remember the process being hard.

Something about the independence, and the having a question, a poorly defined path forward, and a few really encouraging, but also intellectually hard-ass, mentors made the experience fun. It was type II fun all the way. My friends were eating lunch while I was hand writing proposals, making bibliography notecards, and, as I already mentioned, calculating ANOVA sums of squares by hand. I marvel that I made it through...and then re-enrolled in the same course my senior year. I was far more successful as a science fair student than as a high school wrestler...and I was pretty successful wrestling.

I have no one to credit except for Rich and Lori, who knew how to facilitate the lightbulb moments for all of the students who took on their science fair course. It was hard, but they knew when to push and when to encourage to get the most out of all of us. 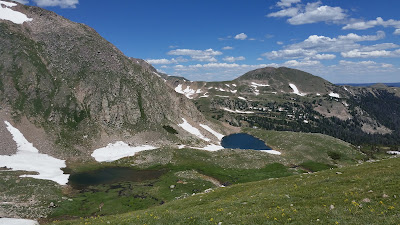 Lastly, John Holcomb, a statistics professor at Cleveland State University in Cleveland, OH, helped out with the science fair program both years, and I was very fortunate to have worked as a student assistant on his revision of a statistics textbook while a freshman at Cleveland State. I have no idea why or how John helped a public high school science fair class, but I hope he got full academic credit when his tenure/promotion package hit the desk. I recall learning the fundamentals of probability and statistics in both John's classes at CSU in addition to his statistical consulting during my high school science projects. John was a great teacher, and like all of the aforementioned individuals, cared deeply about the world around him, including the students who came through his door at CSU.

Thanks Pete, Mike, Jim, Rich, Lori and John. By putting a lot of work into my development, you unknowingly put a lot of time into my Ph.D and the work that went into it. I had lots of other teachers, and many of them were damn good too (and a few were piss poor, but I digress). Thanks to all of you.

*Note that my formative years precluded cheap digital photography and cell phone cameras...and even cell phones...so I have no available pictures from this time, unless I were to call my Mom and ask her to scan some. And she's too busy for that. All photos from Rahwah Wilderness, CO, 2016.
Labels: Biology Cleveland State University John Holcomb Lori Cohen Mentor High School Public education Rich Woodman Science Fair Statistics